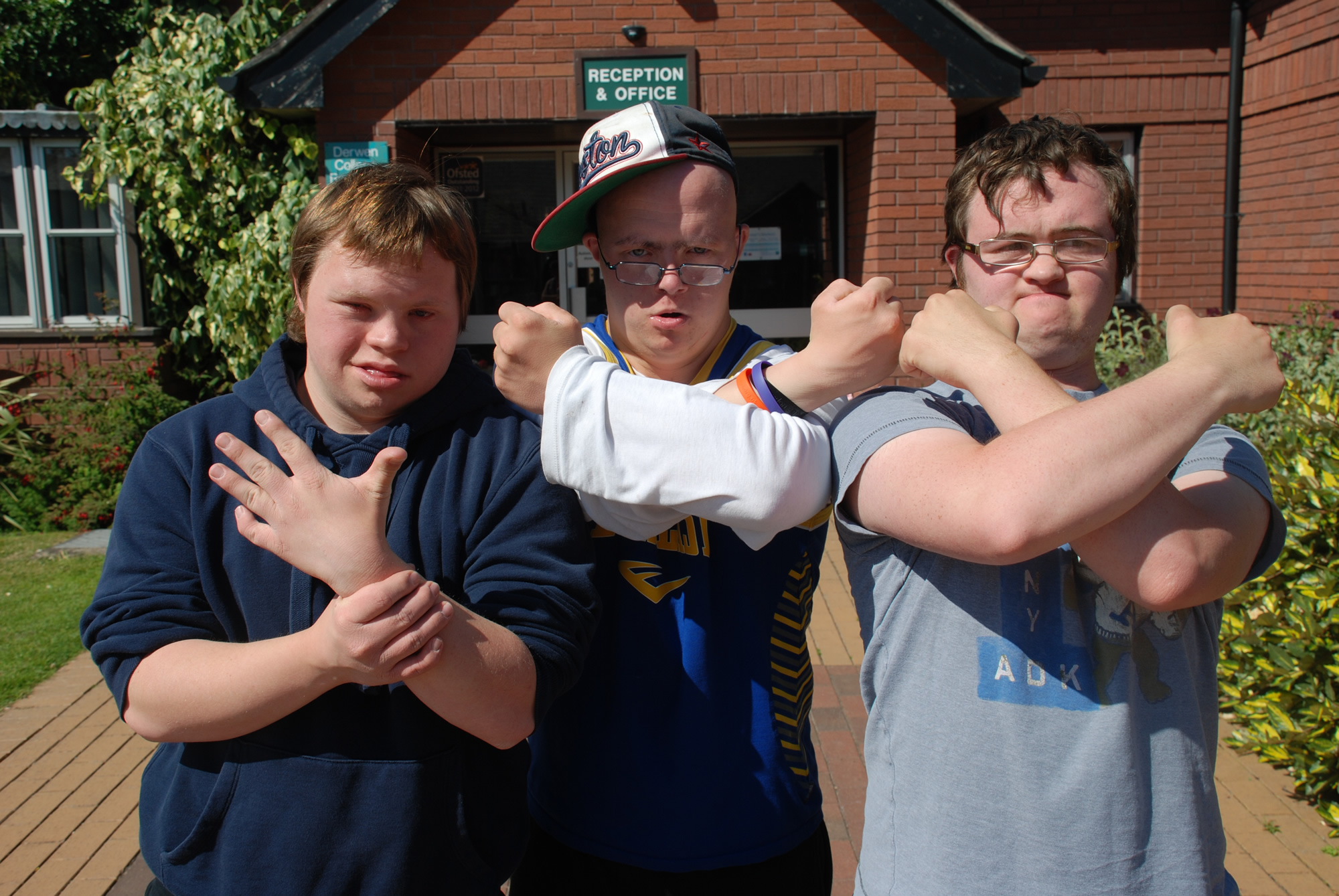 Partying, snogging, drinking – for most of us college life is the best of times. But for people with learning difficulties, moving on from this special period in their lives raises unique challenges.

This sensitive film spends the last few weeks of term at Derwen College in Shropshire with six students as they prepare to graduate and enter the real world.

Jon, Aled and Aled have been an inseparable gang for the past three years – united by their Downs Syndrome, but also their love of mischief and girls. Gang leader Jon has cultivated a reputation as a hard man on campus. He doesn’t want to get a proper job once he leaves college; instead he’s going to pursue the life of a gangster – ‘fighting, hot-tubs, strippers’. His two trusty companions Aled and Aled are also signed up to this hedonistic lifestyle. But as the time approaches for Jon to say goodbye to college and his best buddies, reality bites and his hard man mask begins to slip.

Daniel and Lissie also met three years ago and fell in love within just a few days of term beginning. They’re the college sweethearts, Derwen’s Posh and Becks, and are rarely seen out of each other’s company. During the final term Dan bought Lissie an engagement ring and proposed to her in front of his college friends. But they’re keeping their marriage plans a secret from their parents. Will their relationship endure living two hundred miles apart when they return to their family homes?

And then there is Steven. He’s struggled to create a close friendship at Derwen College because of his autism and challenging behaviour. Now, as he is preparing to leave, there are concerns at the college that he will struggle to integrate back into mainstream society.

Leaving college is a daunting time for anyone, but the staff at Derwen have added concerns for our students. Because of their learning difficulties they are less likely to be able to anticipate the changes that await them. The future really is a journey into the unknown.