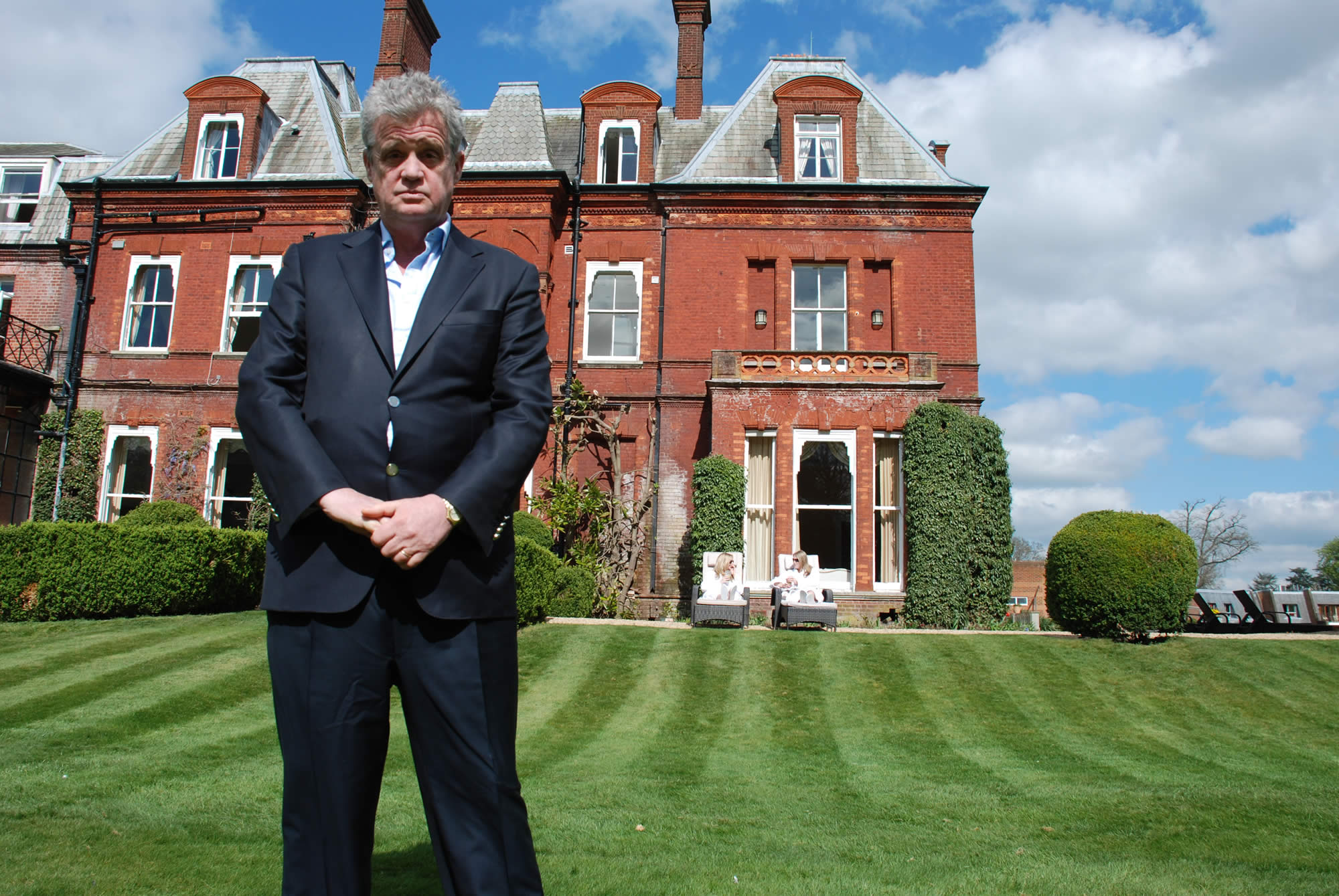 “The whole persona is this relaxed, calm environment and then the client goes out the door and you turn into a mad hatter.” Audrey from Champneys

Champneys, one of the country’s oldest health spas, is put under the microscope in this new ITV documentary as it undergoes a challenging period of change.

The famous luxury health spa evokes images of clientele in white cotton robes being massaged and pampered. But below this serene, calm exterior, the cameras capture owner Stephen Purdew and his staff’s efforts to bring Champneys up to scratch as a five star destination in line with competition from other high-end health farms.

This one hour programme visits the family run establishment, set in 200 acres of countryside in Tring, as it undergoes a four month refurbishment and Stephen hires new members of staff tasked with improving standards in key areas.

Stephen says: “Now the guest is expecting every aspect, not just the spa services and the fitness and treatments and all the other things and classes, they want a great hotel experience.”

With shortcomings in both reception and housekeeping, Stephen has had to draft in new staff members to help resolve the ongoing problems: Thomas is employed as the new general manager, Benita as head of reception and Irina as a manager in housekeeping.

The new recruits join existing members of staff, such as head waiter Charles, who treats the ladies to a dance and a flirt as he serves up their lunch, and outgoing Audrey who sells the lotions and potions in the shop.

Whilst the facials, massages and manicures carry on and guests are polished and exfoliated, new carpets are laid, walls are painted and staff are retrained to adopt a more five star way of working.

But, in contrast to the guests relaxing in the treatment rooms, the new managers’ attempts to make improvements prove to be a difficult and at times, stressful, process.

Audrey says: “I think we are unique we are not stars, we are unique, we are something special, there is something about us. People love us and hate us and that’s what’s unique about us.”

The spa was once frequented by Princess Diana and has belonged to Stephen’s family for many years. He is very proud of the Tring estate’s history and tells the programme how it was once owned by the famous banking dynasty the Rothschilds who employed 54 members of staff for 15 years for a woman who never actually moved in.

Stephen says: “It does annoy me when hotels pretend to me, put a few poxy little photographs of a pool angle and a treatment room and put a programme of exercise programmes on or a selection of. And pretend they’re us.”

Stephen likes to go above and beyond expectations for his guests, telling the programme how he gifted one VIP guest a painting mounted on the wall after she said she liked it and asked to buy it.

“Well she is here for six months with eight suites and I think her bill is about a quarter of million pounds, I thought it would be a nice gesture of mine,” he says.

But the key to the Champneys experience, in Stephen’s eyes, is to give every guest the five star experience whether it’s a high ranking member of the Arabic royal family staying for six months or an old couple visiting for a night for a bit of pampering.

“I’ve had my eyebrows plucked for the first time in 82 years”, says one male guest.

However, the changes are beginning to lead to friction behind the scenes among staff, as Kerrie, the housekeeping manager is not seeing eye-to-eye with new manager Irina.  When Irina goes over Kerrie’s head to complain about other members of staff their rift deepens.

Irina says: “I respect the person but I can’t look up to my manager because we cannot get to the same… we don’t have the same opinion I think.”

The pressure increases further on housekeeping when a mystery shopper gives the spa bad feedback after they are checked into a room full of dirty plates left from a previous guest. The pressure is on for Kerrie and Irina to join forces to improve the housekeeping issues.

Benita, the new front of house manager with a five star background, is also struggling to improve standards in reception.

She said: “There is just not enough hours in the day to be able to do what we want to do and at the moment it is just fighting fires we are not getting anywhere. And it does feel that every time we are moving forward we are moving 10 steps back.”

Four months later and the refurbishments are almost complete, Stephen inspects the new rooms making small changes here and there.

He says: “Can we get rid of that poxy little sign thing, that stand with products in, it’s not classy enough for here we don’t need it.”

There have also been some unexpected changes since the cameras visited last. A few of the new staff members have decided to leave after finding they couldn’t make the changes they were brought in to make.

One of Champneys longest serving members of staff, Audrey has worked at the health spa for almost 40 years. She tells the programme that in her opinion no one can change Champneys.